One of the most confusing and misunderstood issues in receiving Social Security Benefits is the WEP and GPO provisions, that relates to individuals who receive pension benefits from a job where they did not pay FICA taxes!  Who we are talking about is mostly are school teachers, police and fire fighters where either the school districts or cities opted out of paying FICA taxes and withholding payroll taxes from their employees.  Almost all individuals feel that these 2 provisions treat them unfairly, thus they want them removed by legislation.  Let’s take a look at each provision;

Social Security takes the HIGHEST 35 Years of Earnings, indexes those earning to inflation which

Maximum AIME is $10,683  (The amount of Earnings subject to FICA taxes changes annually)

What is important to realize is that the Social Security benefit formula is an extremely PROGRESSIVE, in that those who earned the least during their working career receive much greater percentage of benefits compared to those who earned more!    Now let’s take our teacher who had a part time job during their working career, thus they didn’t come anywhere near paying taxes up to maximum amount.

Instead of getting 90% of the 1st tranche they only get 40% the other tranches remain the same, thus the reduction in benefits would be $480 and their benefit = $384/mo.  The maximum WEP reduction is the lesser of 50% of benefits or $480, thus if the AIME $600 per month they would receive $300.  NOTE:  If they have more than 20 years of Significant Earnings the WEP reduction changes by 5% per year and totally eliminated If they have 30 year of Significant Earning which in 2020 is $23,850.

WEP RECAP:  A teacher who receives a $3000 monthly pension will also receive Social Security with a slight offset due to the WEP reduction.

The GPO relates to Spousal Benefits that they might be entitled to.  As an example if one spouse works and maxes out their benefits let’s say $3,000 per month at FRA their spouse would receive 50% of that amount at FRA or their own benefit whichever is greater.  Thus a non-working spouse who never qualified for benefits on their own record they would be able to claim spousal benefits of $1,500/mo. at FRA and upon the death of their spouse they would receive 100% of what their spouse was receiving at the time of their death.

The GPO provision states that we must take 2/3 of the spouses PENSION AMOUNT and then subtract it from their Spousal Social Security Benefit.  So if we take the example from above where the spouse would receive $1,500 per month, but if the spouse was a school teacher and had a pension of $3,000 per month (2/3 of $3,000 = $2,000) they would not receive any Social Security Spousal benefits.  Now if their spouse dies the GPO is still in effect, so if the survivorship benefit is $3,000 / mo. we would still subtract $2,000 from that amount and they would receive $1,000 / mo. from Social Security as well as their Pension.

GPO RECAP:  The GPO is many cases eliminates any spousal benefits since it is based upon the amount of the Pension.  I speak semi annually to the San Antonio Fire & Police, the average policeman receives a $6,000 monthly pension as early as age 50, so when taking 2/3 of that amount and subtracting it from either spousal or survivorship benefits it pretty much eliminates them receiving benefits from their spouses Social Security.  Their never happy to hear that, but I’d sure like to have a $6,000/mo. lifetime pension with annual cost of living adjustments.

Of interesting note should the spouse who paid Social Security benefits and receives their full benefits and their spouse dies and they were joint beneficiaries of the pension, they would receive the pension amount and NOT be subject to either the WEP the GPO!

When Social Security was first enacted the goal was to raise the standard of living for low income workers in retirement.  This was accomplished through the benefit formula we discussed earlier, where lower earning individuals get a better deal than their higher earning counterparts.  The problem is when individuals have pensions from jobs where they were not paying into Social Security, they are treated as low income people.  Thus the WEP and GPO were designed to level the playing field, or at least make it more FAIR! 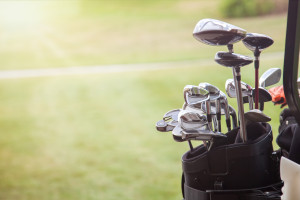